Why are COVID-19 cases rising in China?

China's daily COVID-19 cases hit a record high since the beginning of the pandemic, according to the data revealed by the National Health Bureau. The country reported as many as 31,444 domestic cases on Wednesday despite its targeted approach. However, the numbers are relatively small when compared with China's t population of 1.4 billion, AFP reported. 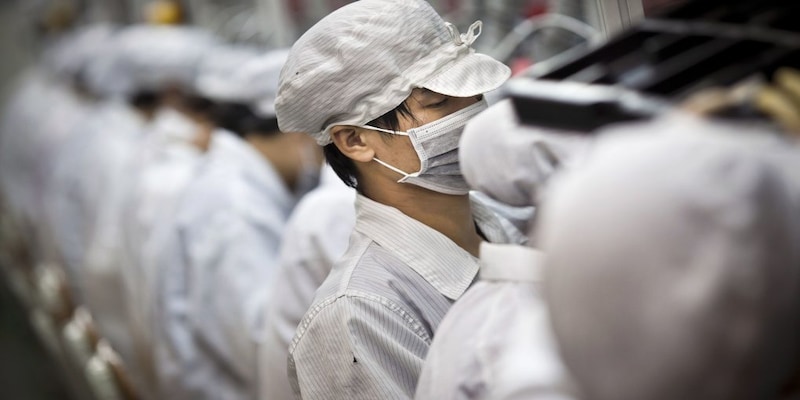 China, where the first outbreak was reported, actively launched "Zero COVID policy"  by imposing strict lockdown and travel restrictions in a bid to curb the virus spread. In spite of these measures, the cases are hitting record numbers. Why is it so?

First, let's look at the COVID-19 numbers in China. As of November 23, the National Health Commission said it had received reports of 2,97,516 confirmed cases with symptoms and 5,232 deaths.

However, as per the World Health Organization (WHO), China has reported 95,23,014 cases so far and 29,889 deaths due to the infection. According to Our World in Data, till November 4, over 3 billion vaccine doses were administered in China. As many as 1.2 billion are full vaccinated. Over 800 million have received booster dose.

Experts believe that China's "Zero-COVID" policy does not help much in mitigating the virus spread, and yet China is sticking to this "dynamic" approach. While other countries are learning to live with the virus with the rollout of vaccines, China believes this policy saves lives and also prevents health facilities from getting overwhelmed, reports claim.

The policy aims at eliminating COVID-19 cases rather than mitigating them. Following the COVID-19 outbreaks, China moved to adopt the ultra-strict Zero-COVID in which mass lockdowns were imposed even if a single or a handful of cases were reported in an area. Last year, this pushed nearly 25 million residents of Shanghai into lockdown.

While China has now relaxed some of the measures, it recently revised its national guidelines, calling on local governments to follow a targeted and scientific approach that avoids unnecessary measures.

The measures allowed only one person in each household to buy daily necessities on a staggered schedule. It also focused on ending a "circuit breaker", under which airlines faced a suspension of flights if they brought in too many COVID-19-infected passengers. Moreover, in Beijing, residents of some areas were asked to get COVID tests every day this week.

While it definitely helped China in lowering its COVID numbers, the problem with this strategy gained attention after the Omicron variant of the COVID-19 virus started spreading rapidly. It triggered the third wave of COVID-19 disease. The massive spike in daily infection cases was reported across the globe as the Omicron variant was said to be "more transmissible" than the Delta variant - which had triggered the second wave.

Now, many journals and studies revealed that people who recover from COVID-19 develop some natural immunity to the virus. A report in the Nature quoted a study in 2021 report saying that it "provides evidence that immunity triggered by SARS-CoV-2 infection will be extraordinarily long-lasting".

The Lancet had also said that there are several studies which found that "people who recovered from COVID-19 and tested seropositive for anti-SARS-CoV-2 antibodies have low rates of SARS-CoV-2 reinfection".

If one goes by this idea, China's Zero-COVID policy, which aims at zero cases, might dampen it fight against coronavirus. Earlier this year, World Health Organization (WHO) chief had said Chinas zero-COVID strategy to defeat the pandemic is not sustainable, while

"When we talk about the zero-COVID strategy, we dont think that its sustainable, considering the behaviour of the virus now and what we anticipate in the future...I think a shift would be very important," Tedros Adhanom Ghebreyesus was quoted by Aljazeera as saying.

Scientists and virologists have also reiterated time and again that it is impossible to stop the transmission of the virus entirely. "Our goal, at a global level, is not to find all cases and stop all transmissions. Its really not possible at this present time," Maria Van Kerkhove, the WHOs technical lead on COVID-19, said. She emphasised on driving the transmission down.

It is still argued whether the Zero-Covid policy will be effective against new variants. In December last year, Virologist Tulio de Oliveira had warned: "China will have great difficulty with Omicron and zero covid policy. They may need to join the rest of the world with mitigation strategies."

It is even argued that vaccination may not stop the spread of the virus. It rather imparts immunity to an individual to fight the virus. Well, China has been reluctant in approving foreign vaccines and that vaccination among the elderly population is utterly important.

"Less efficacious vaccine and huge vaccine gap are the two main reasons for the failure of China's Zero-COVID programme," an Indian medical expert, who was familiar with one of the Chinese vaccine development programme, said.

Coming to the vaccines used in China, the country has approved only domestic vaccines so far which use older technology. Studies suggested that the immunity from two doses of the either of the vaccines  CoronaVac and Sinopharm vaccines  wanes rapidly, and the protection offered to older people is limited.

"Some experts are even questioning whether Chinas jabs  based on inactivated virus  should continue to be used at all when other options are available," a Nature report said.

However, Gagandeep Kang, a virologist from India, was quoted as saying, "These are not bad vaccines. Theyre just vaccines that havent been optimized yet". The International Monetary Fund also urged China to further recalibrate its COVID-19 strategy and boost vaccination rates.

Meanwhile, a study published in May this year, in the Nature, said its results "confirms the importance of filling the vaccination gap among the elderly and the need to tailor interventions to the specific immunological landscape of the population".

Experts believe that China needs long-term solutions to fight COVID-19. These might include "more effective vaccines, and antiviral drugs, preparing health care systems, and better communicating with the public".

It is said that Chinas spending on health care is 'significantly' lower as compared to several other countries. A Bloomberg reported quoting US- investment bank Jefferies as saying: "This could mean that Chinese authorities are concerned that a large national outbreak could overwhelm their healthcare system". It quoted the analysts as saying that China has fewer hospital beds and doctors than many other countries

China's top auto association said on Wednesday it would cancel the second day of the China Automotive Overseas Development Summit being held there over COVID concerns. Earlier, it had organised the 20th Congress of the Communist Party of China (CPC), in which 2,296 elected delegates had particpated under the norms and guidelines set by Xi will attend a closed-door meeting.