Are new Omicron subvariants a threat? Here's how scientists are keeping watch

In South Africa, a network of researchers are studying whether new lineages BA.4 and BA.5 escape immunity from COVID-19 vaccines and prior infections. 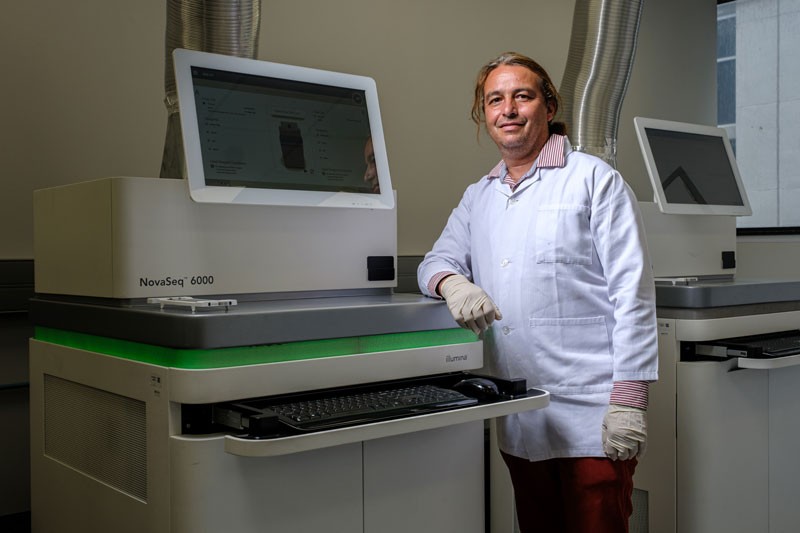 Speckled guineafowl drift into the garden where Tulio de Oliveira sits as he describes two new members of the growing Omicron family of SARS-CoV-2 coronaviruses. Called BA.4 and BA.5, the subvariants are now growing in prevalence in South Africa, where the virologist leads one of the worlds strongest genomic surveillance programmes for SARS-CoV-2, at the Centre for Epidemic Response and Innovation at Stellenbosch University in South Africa.

The viruses have the attention of the World Health Organization (WHO) because, according to laboratory studies, their mutations might enable them to evade immunity gained from COVID-19 vaccines or prior infections more strongly than existing versions of Omicron. De Oliveira is clear, however, that he isnt panicked by BA.4 and BA.5. Although the subvariants have rapidly gained ground in South Africa during the past month, rates of COVID-19 cases and hospitalizations are stable in the country. Hes also unruffled because hes been through this before  his team has made similar discoveries during the pandemic and knows the drill. Right now, he says, 'its just time to work carefully and diligently, but calmly.'

Scientists are now studying these subvariants, so far detected in nine countries, to determine whether their effect is serious enough to warrant interventions. SARS-CoV-2 will continue to mutate as it evolves, but not every variant will be newsworthy. To determine what merits attention, Wendy Barclay, a virologist at Imperial College London, says that researchers focus on two factors: 'We care about a difference in disease severity, and we care about a variant that evades vaccines  because even if we have the same severity, an increase in cases still has a big impact on life.'

At the same time, researchers are grappling with how to communicate their concerns and the uncertainty about variants openly, while not provoking unnecessary government policies and anxiety. Late last year, when de Oliveiras team detected the original Omicron, countries including the United States and the United Kingdom invoked travel bans against South Africa. The bans failed to prevent the variants spread, but severely damaged the already struggling South African economy. If that happens again, de Oliveira says, 'I would stop sharing data in real-time with the world, but would continue sharing with my government, to guide our own response.'

On 1 April, Eduan Wilkinson, a bioinformatician on de Oliveiras team at Stellenbosch, saw that researchers at the centres lab and at the National Institute for Communicable Diseases in Johannesburg had flagged several abnormal SARS-CoV-2 genome sequences in their latest batch of data. The sequences had a few notable mutations in the region of SARS-CoV-2 that encodes its spike protein. Because the spike protein is key to the virus invading cells, Wilkinson recognized an urgent need to hunt for these mutations in all of the genomes sequenced in the country over the past few months to see if they had skirted by unnoticed. 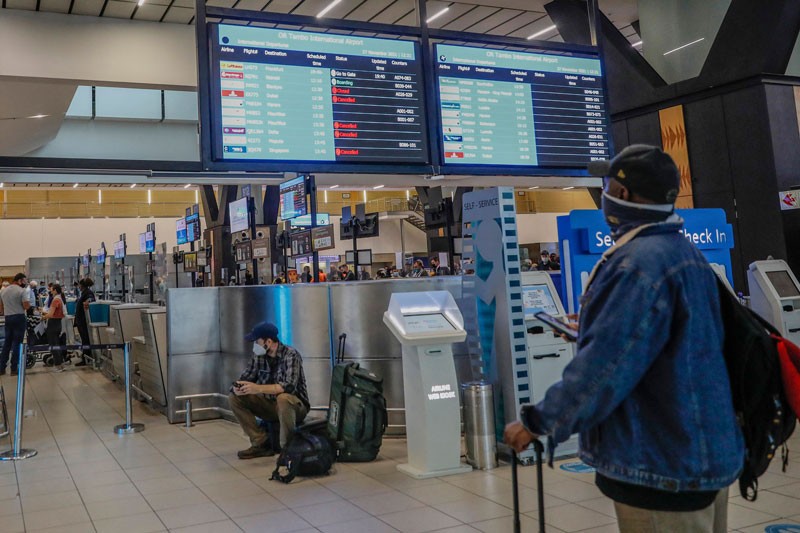 A passenger in Johannesburg, South Africa, looks at a board of cancelled flights late last year, after travel bans were imposed on the country because of Omicron.Credit: Phill Magakoe/AFP/Getty

Working through the weekend, he and his colleagues found that they had. A month earlier  during the first week of March  the BA.4 and BA.5 sequences comprised around 5% of the roughly 500 genomes sequenced in South Africa. By the first week of April, the portion had risen to 50%. That week, an international virus classification group determined that BA.4 and BA.5 were indeed their own separate lineages on the Omicron family tree and gave them their names.

In addition to the accumulating sequences from South Africa, a relatively small number of BA.4 sequences have been uploaded to the data platform GISAID from Botswana, Belgium, Denmark and the United Kingdom in the past two weeks, and BA.5 has shown up from China, France, Germany and Portugal.

One thing that makes BA.4 and BA.5 stand out to virologists is an amino acid mutation they share called F486V. It is located on the viruses spike protein near where the protein attaches to the ACE2 receptor on cells  an interaction that opens the door to infection. Important antibodies generated in response to COVID-19 vaccines and to prior infections with SARS-CoV-2 neutralize the virus by clinging to this spot.

Since last year, virologists began noticing the vulnerability of this spot in laboratory experiments. For example, virologist Benhur Lee at the Icahn School of Medicine at Mount Sinai in New York City and his colleagues were helping to vet a promising monoclonal antibody treatment by exposing it to an artificial virus carrying many versions of the SARS-CoV-2 spike protein. Only one version of the spike protein evaded their antibodies. It had a mutation nearly identical to F486V.

At the time, Lee was relieved that the mutation was vanishingly rare in real life, suggesting that it hindered the virus in some way. Only about 50 of the nearly 10 million SARS-CoV-2 sequences in GISAID contained the mutation, so Lee felt assured that the antibody treatment would still be broadly useful. But with the rapid rise of BA.4 and BA.5 in South Africa, it seems that the coronavirus has evolved so that the mutation no longer holds it back, Lee explains.

Lorenzo Subissi, a virologist at the WHO, says the agency is tracking the two sub-lineages. But before it draws any conclusion about whether they pose an additional threat compared with other Omicron variants, it needs to learn more from epidemiological studies of people. Immunologists are also approaching the question of immune escape by exposing samples of BA.4 and BA.5 to blood drawn from people previously infected with SARS-CoV-2 and people who have been vaccinated.

'This is why we straight away gave samples to researchers around the world,' de Oliveira says. That included researchers in South Africa and the United Kingdom, as well as those at the US National Institutes of Health and the Chinese Center for Disease Control and Prevention.

Right after identifying BA.4 and BA.5, de Oliveira also met with the South African government and a consortium of about 200 researchers in the country to strategize next steps. With no increase in hospitalizations in South Africa  and only about 1,200 cases per day  he advised the government against setting stricter guidances than the country already has. So far, the government hasnt changed its rules.

De Oliveira was particularly careful with how he conveyed news of variants to health officials from other countries, asking them to keep watch while not triggering largely futile policies, such as travel bans, that can cause more harm than good. 'We have a lot of pressure on us,' de Oliviera says. 'When we reported Omicron, me and my colleagues got death threats. We had to put security in front of the lab.'

In the face of such tensions, Barclay applauds South Africas surveillance work and transparency. Although this years SARS-CoV-2 variants cause, on average, less severe disease than earlier versions of the virus, she says thats not a sign that the coronavirus will continue to become weaker. In addition to acquiring usual mutations, SARS-CoV-2 can evolve rapidly through recombination, inserting one chunk of a sequence from a variant into the genome of another. If an Omicron variant recombines with a different SARS-CoV-2 variant, it might produce a virus that both evades immunity and makes people sicker, Barclay says. 'It would be great if these new variants are part of a trend in which the virus is becoming milder, but theres no biological reason to believe that will always be the case.'