Coronavirus: 27 patients on ventilators as SA edges towards the end of 'hard' lockdown

As South Africa edges towards the end of the so-called hard lockdown, and with an expected spike in Covid-19 cases around the corner, just 27 Covid-19 patients are on ventilator support in hospital, seemingly in line with government's projections. Sarah Evans from News24 highlights our Big Data COVID-19 analysis of in South Africa. 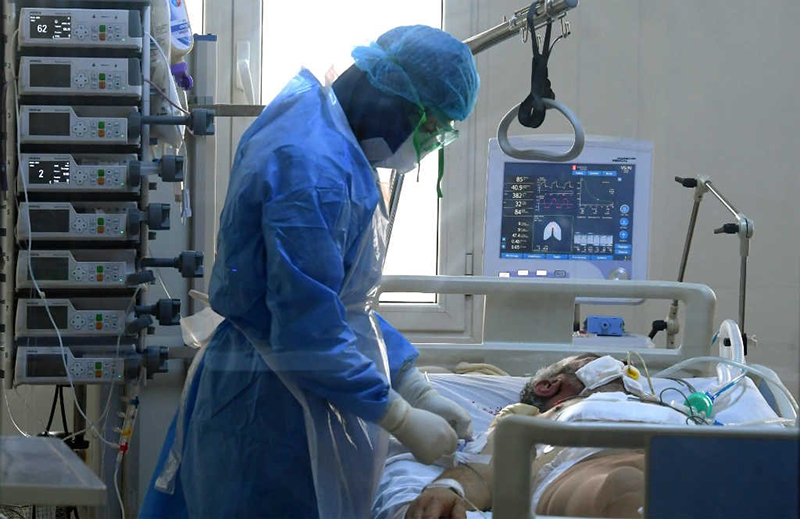 A doctor attends to a Covid-19 patient at the intensive care unit. (Fethi Belaid/AFP)

Earlier projections by the Department of Health suggested the country would need 7 000 ventilators by the time peak infection is supposed to hit the country, in September.

Professor Tulio de Oliveira, director of the KwaZulu-Natal Research and Innovation Sequencing Platform at the University of KwaZulu-Natal, says the number (27) is exactly in line with what would be expected, and is further evidence that SA's decision to lockdown the country when it did was the right one.

He explained that about 5% of people end up needing ventilators currently and a person usually takes up to 14 days to develop symptoms.

But the situation would have been far worse had government not acted in the way that it did. Without the hard lockdown, the country could have expected a daily infection rate of about 33%, he said.

He said the lockdown had given South Africa time to prepare for the peak infection, likely in about two to three months' time, and a probable rapid growth in Covid-19 cases.

The healthcare system needed to be beefed up and protected, hence the procurement of thousands of ventilators.

'A very important point is that once our hospitals fill with people in ICU, people that would have survived for other things (like car crashes or other illnesses) end up dying, and that is what happened in the UK and Italy. They cannot take in any more patients in the ICU than what they would normally take.'

A shortage of ventilators has brought other healthcare systems in the world to the brink. As a result, a massive ventilator manufacturing and procurement drive is underway in the country, in the form of the National Ventilator Project (NVP), which aims to ensure the country has 10 000 ventilators at the end of June.

The health ministry revealed the number of patients on ventilation during a wide-ranging briefing to the portfolio committee meeting on health on Monday morning.

According to the presentation, 353 Covid-19 patients have been hospitalised around the country, with the majority, 143, in KwaZulu-Natal.

In addition to the 27 people on ventilators:

287 patients are in isolation wards 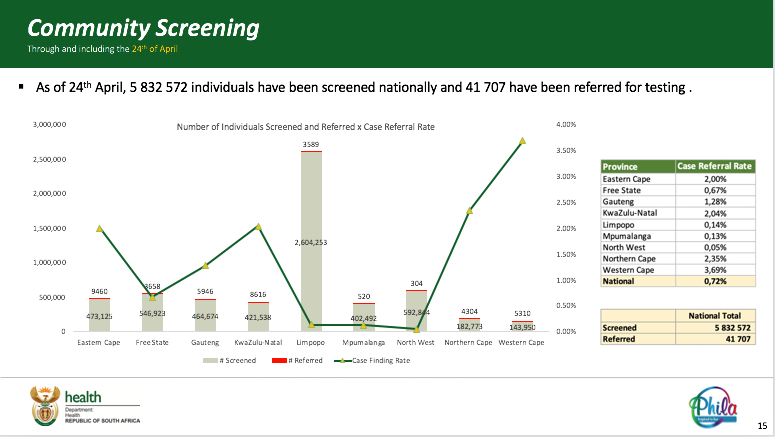 Health Minister Zweli Mkhize told the portfolio committee on Monday the question of the future need was based on what was seen around the world, in countries such as the United States and Italy.

He said, at the moment, the understanding was that ventilators were currently available in both public and private hospitals.

Mkhize added that there were a number of ventilator production projects on the go.

According to a Quartz report, the NVP aims to produce 1 500 ventilators locally by the end of May and 10 000 by the end of June. These are reportedly non-invasive ventilator units, and manufacturing is supposed to start at the end of April.

On Monday, Mkhize said the "general discussion" now was that there should be "less rush" towards putting people on intrusive ventilators, or whether non-intrusive ones should be used.

In a presentation to Parliament two weeks ago, the Department of Health raised concerns about the lack of ventilators, News24 reported.

The department said the country would need 7 000 ventilators when peak infection was expected to hit the country, in about September.

About half that number are currently available in South Africa, the department said.

Without the lockdown, the department estimated that the country would have hit peak infection in July.

According to that presentation:

During peak infection, in an optimistic scenario, and with one lockdown enforced, the peak need for beds in intensive care units could exceed 14 700 beds at the highest level, and 4 100 at the lowest level.

The government has not made its Covid-19 modelling public, and scientists have warned that much is still unknown about SA's response to the pandemic.

A massive testing and screening campaign has been rolled out by the government to try to get a better picture of the spread of the virus.

On Monday, the department said that 5.8 million people had been screened for the illness, and 41 000 of those people had been referred for testing. As of Monday, 168 843 tests had been conducted.

The department's presentation showed that the overwhelming majority of the screening was taking place in Limpopo, which is not a Covid-19 hotspot and has one of the lowest rates of infection - at 2.6 million people screened to date. Just 3 589 of those people were referred for testing.

By contrast, the Western Cape and Gauteng, with the highest numbers of infections, have screened 143 950 and 464 674 people respectively to date.

The national Department of Health did not respond to requests for comment on the discrepancy, although News24 understands that Limpopo's figures came as a surprise to experts in the government.

A spokesperson for the Limpopo health department, Neil Shikambana, said it was not clear why the figure was so high, but two factors could play a role. He said Limpopo had 10 000 community healthcare workers conducting screening, compared to 28 000 nationally.

Also, Limpopo has the highest number of people living in formal dwellings in the country, according to Stats SA, so community healthcare workers would not have to travel far to move from dwelling to dwelling, allowing them to screen more people, more quickly, he said. 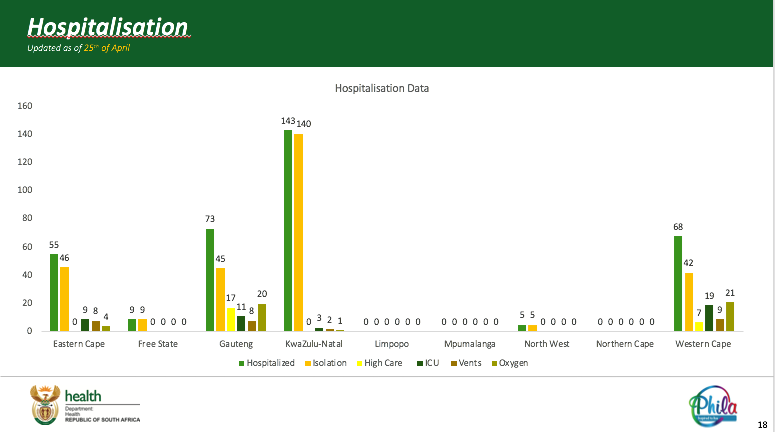 News24 asked the Department of Trade and Industry (DTI), which manages the NVP, whether the latest figures, the 27 patients on ventilators, were in line with its modeling to justify the need to manufacture 10 000 units.

The DTI had not responded by the time of publication.

The Department of Health similarly did not respond to requests for comment on the issue, and the National Institute for Communicable Diseases (NICD) referred questions to the department.

The South African Radio Astronomy Observatory (Sarao), which manages the NVP project on behalf of the DTI, also referred questions to the department. 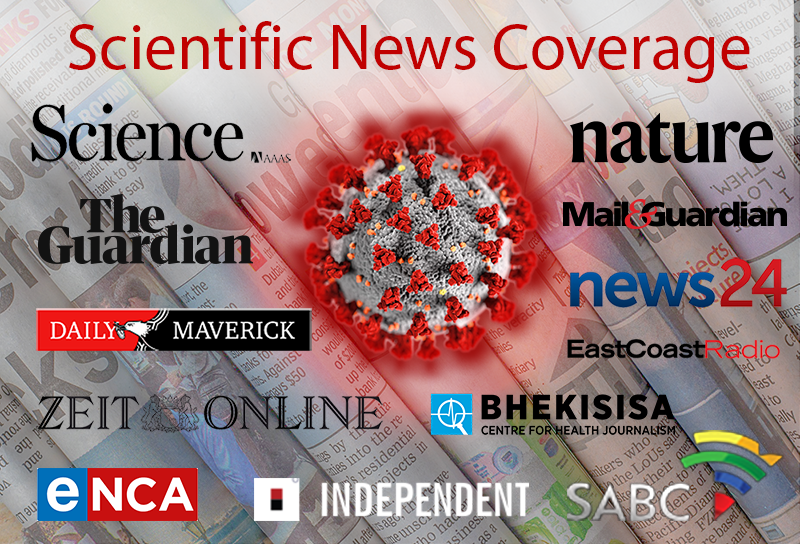